THE EMANCIPATION OF AFRICA BY A MICROCHIP


The arrival of the digital era was marked by the exponential uptake of the microchip across a number of industries and their radical transformation. Central to how rapidly this era took root was predicated on Moore’s Law. Coined by the co-founder of Intel, it stated that the number of transistors being integrated on a single microchip would double every two years, with no cost increase. As this digital revolution was taking shape in the late 1950s and early 1960s most African countries had begun to unshackle themselves from their colonial masters.
The microchip industry averaged global sales of $26.16 billion for the month of March 2014, and has players from all around the world. From humble beginnings in the 1950s when the ‘Traitorous eight’ created the first commercially viable microchip for about $150, the microchip can now be found in every device technological; it is ubiquitous and fundamental in the running of today’s global economy.  What I failed to mention in this statement is that, there is currently no microchip fabrication factory in Africa. Why?

The first years of the microchip were dictated primarily by the aerospace and military industries. Popular tabloid reminders of their advances were seen through the first intercontinental nuclear missiles and Neil Armstrong as the first man on the moon.
The African citizenry unfortunately was not to gain from this industry directly due largely to deep political and economic development failures that took root as many of the countries crawled to self-reliance.

The microchip was an instant success in the developed world. And it became industry knowledge that the cost of the microchip would go down over time, the competitor who was to remain afloat, was required to either produce more innovative products at a cheaper cost while delivering these to an ever–wider audience, or outsource the production entirely.
So while worldwide market monthly billings of the microchip industry rose to the $1 billion mark by November 1983, so too did the cost of setting up a fabrication plant. In two decades from 1972 to 1995, the cost rose dramatically from $20 million to $1 billion. Recent estimates of such plants being set up in the US by Intel or in Abu Dhabi by Global Foundries stretch the cost past a dizzy $5 billion.
According to Clayton Christensen, a best selling author and Professor at Harvard Business School, to amortize the $5 billion investment in a fabrication plant over a five-year schedule costs more than $3 million a day. It takes huge amounts of capital to support the incessant cycles of investment and obsolescence that keep Moore's Law on the march, he added. 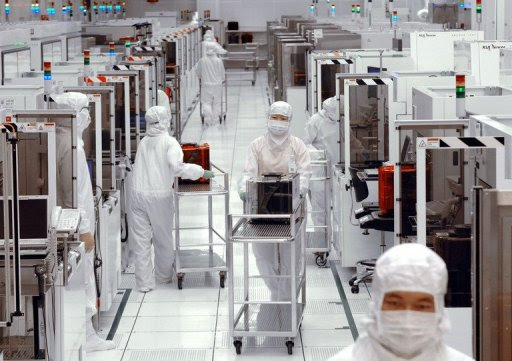 A fabrication plant is a technological wonder to behold with environments so sanitary that a dust speck would cause production to come to a grinding halt. The devices being used are extremely precise down to a billionth of a millimeter and thus highly expensive; pieces cost between $700,000 to more than $ 50 million, and you have hundreds of such pieces of equipment in the plant.
The benefit to a country lies in the generation of thousands of direct and indirect high-paying jobs, spinoff revenue for local communities and massive investments in research, equipment and materials for the economy, not mentioning that microchips sit at the top of the electronics industry pyramid.
Undoubtedly there are African countries that can build a fabrication plant comfortably given the size of their economies. But to avoid the classical case of factories left to run aground due to lack of management ability. A yardstick measure needs to be applied in terms of which country can really pull this off. A country with a majority of its population living below extreme poverty is calling for a mix of Brazilian and Egyptian style strikes or revolution if it tries to setup such a plant.
Given that most economies that set up these plants are in direct competition to each other certain fundamentals have to be appreciated and inculcated even before a proposal is considered viable. These include having well-functioning public and private institutions, a well-developed transport and communication infrastructure network, a stable macroeconomic environment, a healthy workforce, a developed financial market, the ability to harness the benefits of existing technologies, an efficient goods market and a large domestic or foreign market among others. These are essential to stay competitive.
In Africa, at least currently only Morocco and South Africa are the only two economies that are large enough to support such an investment while meeting these fundamentals. In the final analysis, African countries can be competitive in the Global market place, but it takes concerted effort from all stakeholders in any country and regionally to get there.